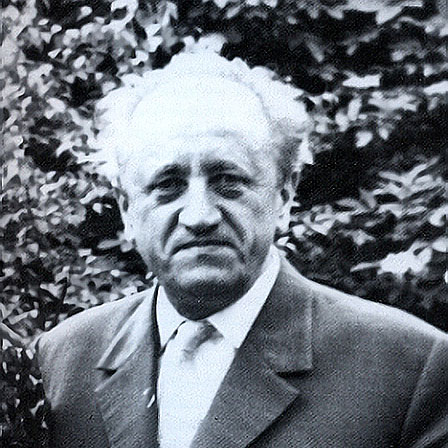 Franjo Mraz, famous naive painter, was born in 1910 in Hlebine, Podravina region, Croatia. He was one of the founder of group “Zemlja” along with Josip Generalić and Mirko Virius.

In childhood Franjo Mraz were doing agriculture in his village. Hence he painted social motives from countryside or everyday life in small towns. During the beginning of 60-ies in 20th century he moved to Belgrade where he lived and worked since he died in 1981.

The first experience of his artwork date back to 1922: aquarelles and gouaches describing landscapes; then he passed to sketches drawn directly on the spot. Since he himself during his youth shared the fate of the peasants of Podravina, Mraz has deeply felt the psychological and social tragedies. Undoubtedly this artist tends to dramatize the themes, most probably due to evocation of personal negative experience.

Franjo Mraz is also the poet of the village. He knows where to find, despite the hard life of the peasant, the moment of an acute lyricism, as for instance: where the workers are leaving for the field early in the morning, the runs on the sledges, farmer’s route to the green market, ploughing time and so on.

In his paintings we could notice happiness and sadness at the same time. As a painter he stayed in village although he was inhabited in the city.