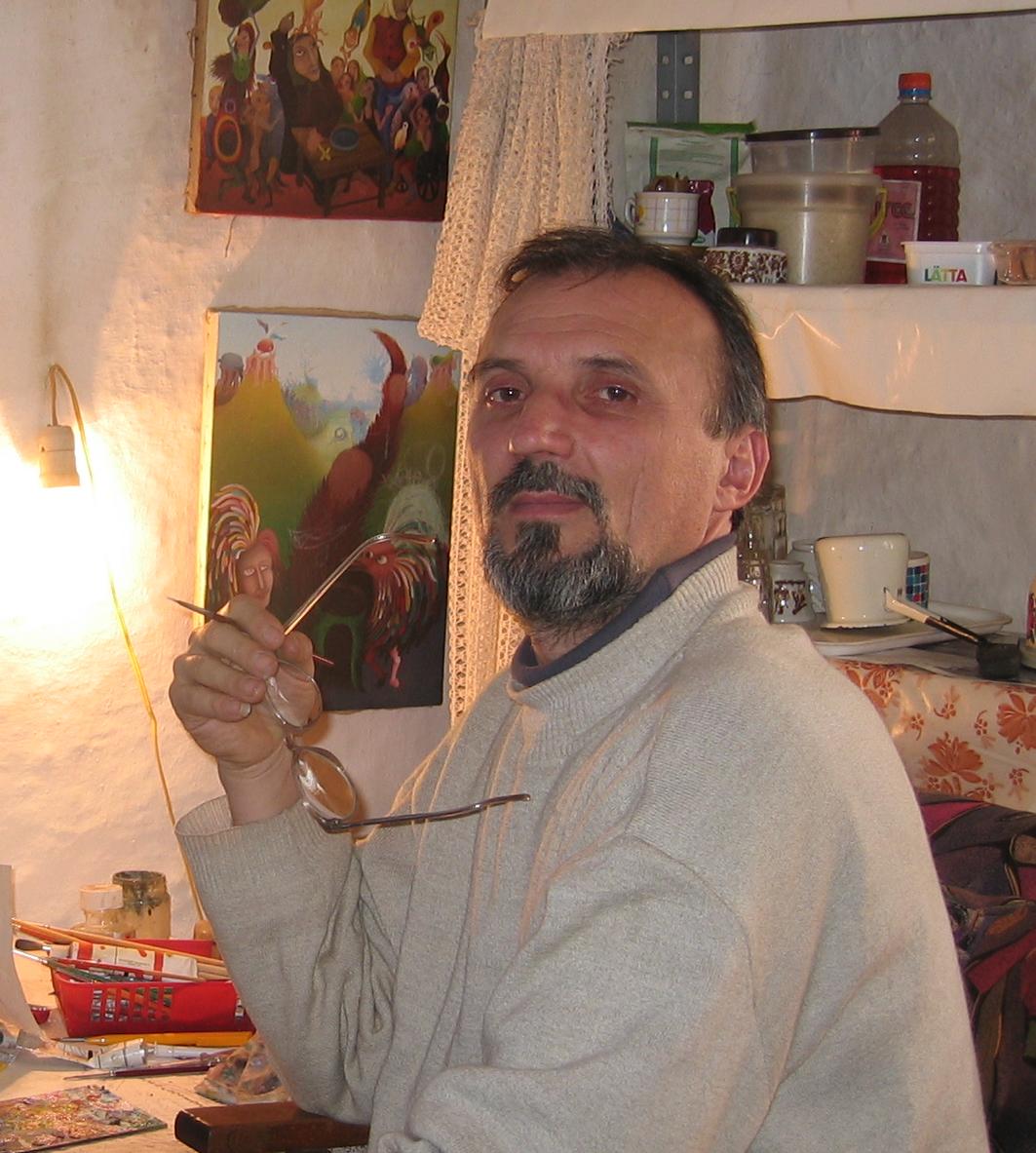 He was born in 1956 in the village Vranovac, near Jagodina town. He began to paint in 1972, initially pastoral scenes, celebrating what distinguishes life in the country side. All manners of vegetation frames a sequences of episodes, the central theme stressing the human figure (see the painting “Life Source).

In the next phase his themes focus on visible stylization of forms, realistic subjects gradually becoming surrealistic. The multiplication of forms leads to the symbol as a possible means of expression.

Using a fair amount of symbolism and fantasy he paints his dreams, which are mingled with reality with uncertain and thin line of recognition. He believes in good and evil spirits thet are hidden in mankind and paint their deeds. The intensity of his palette and drawing often makes his figures grotesque, like the emotions from which artist is trying to find relief.

He is well known and recognized artist, not only in Serbia but throughout the World. Several times in last ten years he spends in Paris working and exposing his artworks.