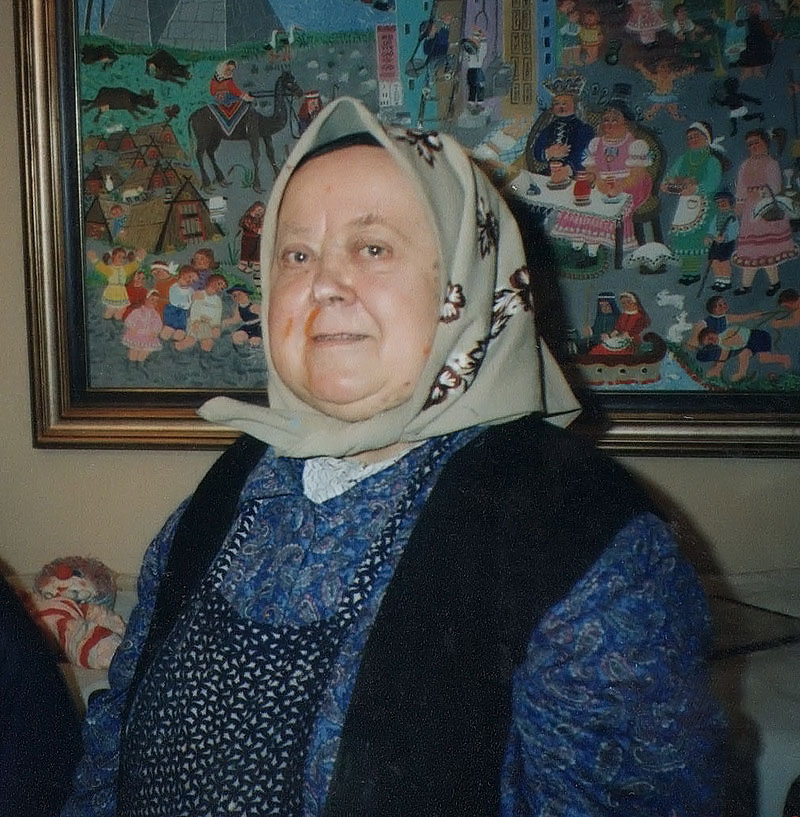 She was born in Kovačica in 1925. She has been painting since 1964 and lived in Kovačica.

Before starting up painting, Zuzana Chalupova did embroidery like most of the women before her, who spent their fives proudly decorating home furnishing and elaborate folk costumes. This is a highly respected skill in an environment which takes immense pride in its folklore. On the basis of these forms and colors she developed her own cheerful, optimistic world.

She began with the conventional Kovačica themes, emphasizing the patriarchal spirit and collective life in the village. Her colors are lively, pure, resonant, borrowed from Slovak textiles, the color of background clearly distinguished. Action is shallow, on the surface, the central position is occupied with human figures.

Warmly she addresses those who need attention and love; children and elderly people. Space in her paintings gradually filled with more and more figures, as children and their world became her main preoccupation.

Her artwork sends strong humanistic message and joy of life to the audience. For over a decade she has been taking part in UNICEF humanitarian drives, giving her paintings to help children in need throughout the World.